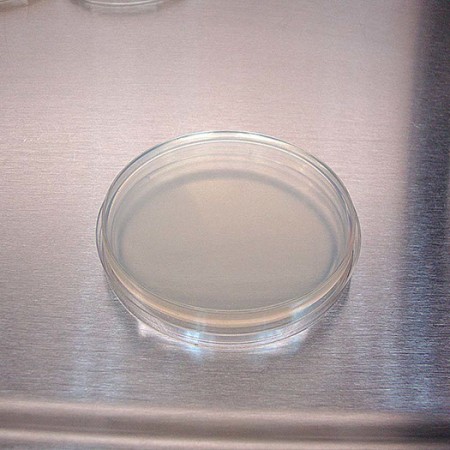 Mueller Hinton Agar is mainly used by analytical centers and research institutions who are specialized in cultivation of rapidly growing bacteria and MIC analyses with antibiotic and other antimicrobial discs.

Mueller-Hinton Agar was originally recommended by Mueller and Hinton1 for the isolation of Neisseria species and for detecting resistance and responsiveness of gonococcal strains to sulfonamides2.

Its original use has diminished and has since become the recommended media for disk susceptibility testing as described by Bauer et al3. The principle of disk diffusion susceptibility testing is based on inhibition of microbial growth by antimicrobial agents on the surface of an inoculated agar plate.  Antimicrobial agents diffuse into the agar from paper disks impregnated with a predetermined amount of an antibiotic (Bauer-Kirby method).  Rapidly growing microorganisms are considered susceptible or resistant if measured zones are within speciﬁed endpoints as outlined in the CLSI M100 (M2) document, which provides interpretive criteria and correlated Minimum Inhibitory Concentrations (MIC) 4.

Because clinical microbiology laboratories in the early 1960s were using a wide variety of procedures for determining the susceptibility of bacteria to antibiotic and chemotherapeutic agents, Bauer, Kirby and others developed a standardized procedure in which Mueller Hinton Agar was selected as the test medium3,5.

A subsequent international collaborative study confirmed the value of Mueller Hinton Agar for this purpose because of the relatively good reproducibility of the medium, the simplicity of its formula, and the wealth of experimental data that had been accumulated using this medium6.

Be the first to review “Mueller Hinton Agar” Cancel reply